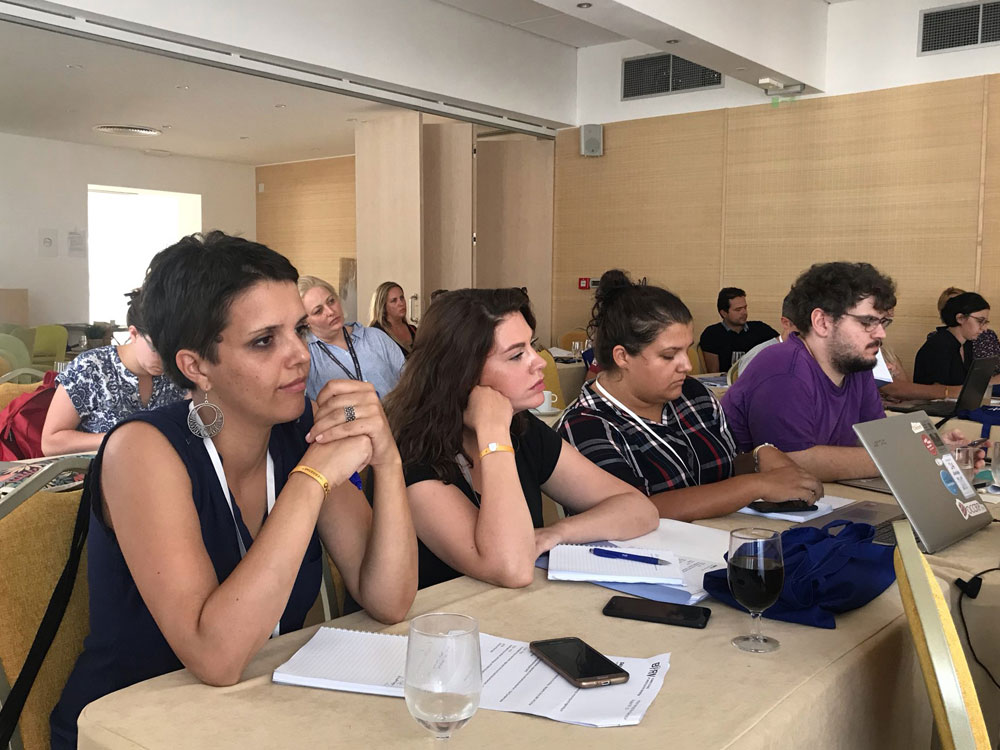 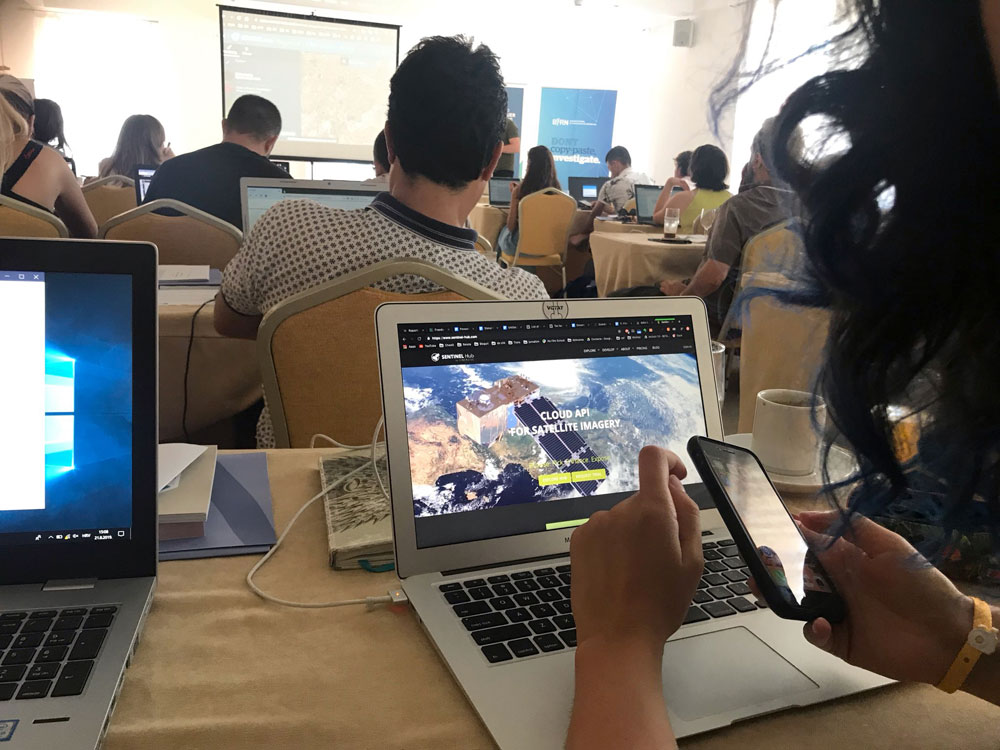 “Fact-checkers are not boring,” BIRN editor Ivana Jeremic told participants on the third day of BIRN’s Summer School of Investigative Journalism in Montenegro on Wednesday. “They are here to make your story better”.

That was just one of the messages from Jeremic’s talk on the importance of fact-checking in journalism.

“Keep track of your activities and data. Question your thesis. Use timelines. Use Excel or Google Sheets. Save all the emails, messages and calls. Fact-checking will make your story even better,” Jeremic told the assembled journalists from Albania, Bosnia and Herzegovina, Belgium, Bulgaria, Croatia, Greece, Kosovo, Macedonia, Romania, Serbia and the United States.

In the second session, Ben Strick, an investigator at BBC Africa Eye and Bellingcat, took participants through the fundamentals of open source data from Strava, Google Maps to Twitter, Instagram, and Facebook.

In an interactive session, reporters had the opportunity to geolocate and chrono-locate various videos and pictures with Strick’s help.

“Be yourself. Don’t deceive. Don’t get flustered. Ask for help,” he said. “You must be genuinely interested.”

The day ended with a screening of the Bellingcat documentary “Truth in a Post-Truth World”. 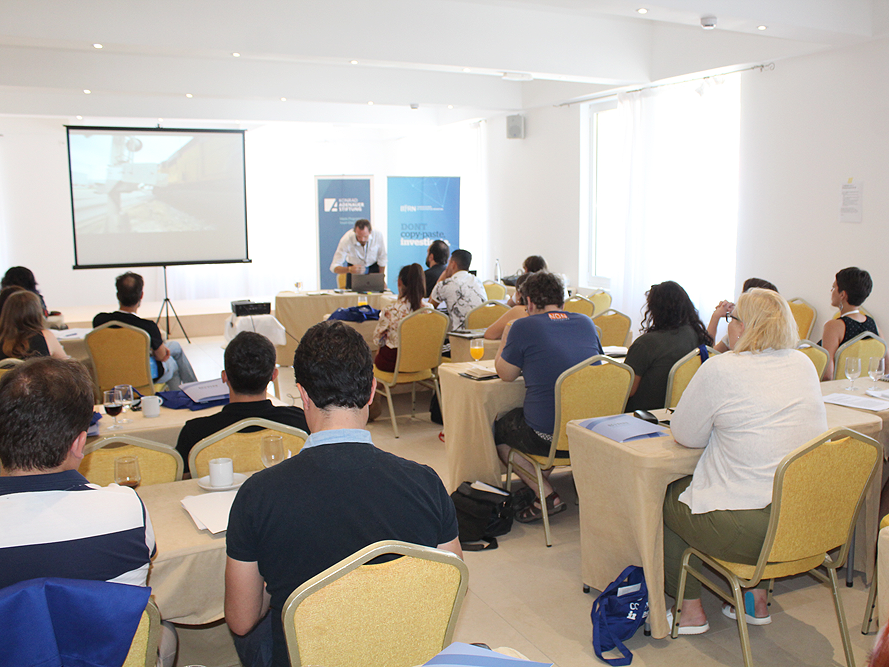 Day Two of BIRN’s Summer School of Investigative Journalism looked at the importance of proof, how to visualise an investigation for multimedia and methods of tracking offshore companies.

In the Montenegrin coastal town of Herceg Novi, lead trainer Blake Morrison put 30 reporters from the Balkans, Belgium, Hungary and the United States through their paces in trying to prove the stories they were reading were fake.

After a short break, the journalists spent three hours with US cinematographer Andrew Baker, who looked at ways to make investigative journalism visual.

“Know your story and follow it. Know your scene”, said Baker. “You have to be flexible, to know to pick up a camera or microphone, even if it is not your job. And always have a sound guy.”

Those attending the weeklong course, the 10th edition of BIRN’s Summer School, also heard from Dragan Peco, an investigative journalist with Serbian KRIK and the international Organised Crime and Corruption Reporting Project, OCCRP, about how to track hidden offshore firms.

Reporters from across the Balkan region and beyond have gathered on the Montenegrin coast for a week of lectures, debates and workshops on the very best practices of investigative journalism. 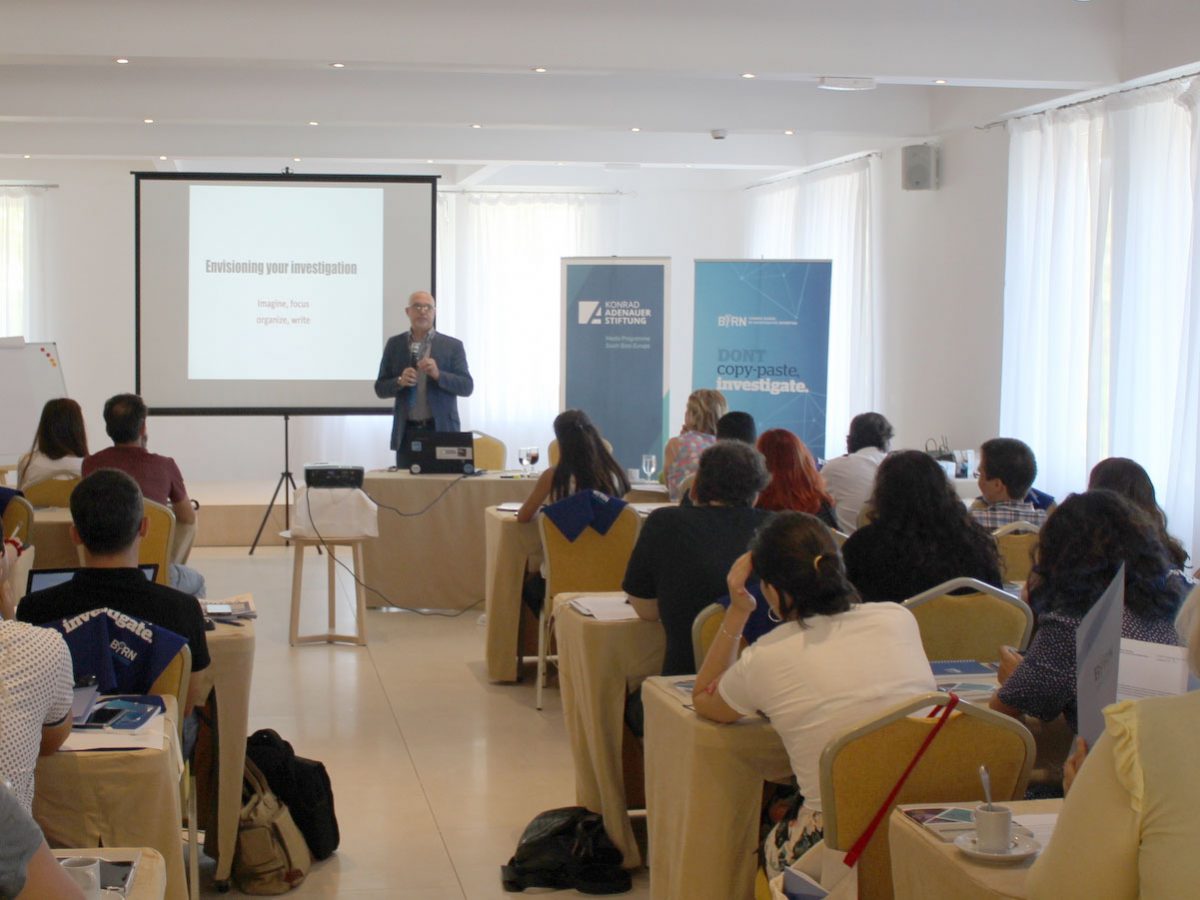 The 10th edition of the BIRN Summer School of Investigative Journalism kicked off on Monday in the Montenegrin coastal town of Herceg Novi.

On the first day, after an introduction by Marija Ristic, regional director of the Balkan Investigative Reporting Network, those attending heard from Reuters investigative projects editor and the school’s lead trainer Blake Morrison about how to approach complex investigative stories, pitch ideas and find the right words to craft them.

“Experts aren’t simply meant to be quoted in stories,” Morrison said in one of his tips for those attending.

“The best ones – the most helpful, at least – are the ones who serve as your guide to understanding what you cover. Find a few. Be aware of their biases and treat them with a reporter’s skepticism. Ask them what are you missing. What do they see?”

Suddeutsche Zeitung journalist Frederik Obermaier, who was part of the Panama Papers investigation, spoke about investigating data, verifying leaks and the problems he and his team faced as they trawled though terabytes of data.

“Authenticity, public interest, no conditions, request for comment and known identity of the source, are 5 tips on what to check for when dealing with data leaks,” said Obermaier.

The debate continued during Obermaier’s second session when he looked at the case of the video leak that brought down Austria’s right-wing vice-chancellor, Heinz-Christian Strache, and eventually the country’s coalition government.

After a break, the reporters discussed story proposals and heard from BIRN’s investigative editor, Ivan Angelovski, about how to track ships and planes online. 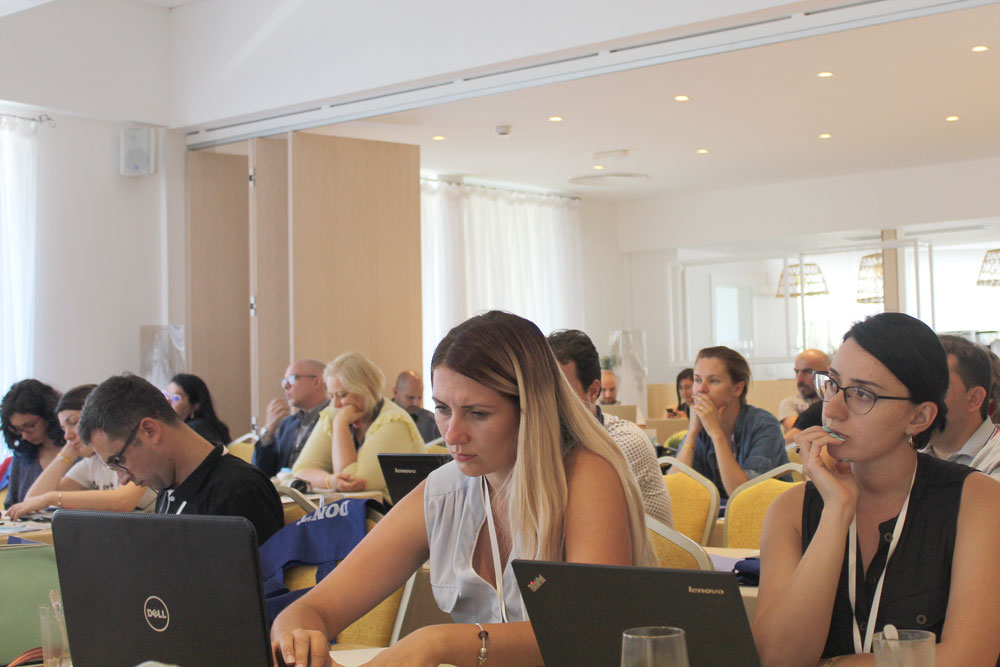 BIRN’s Summer School is organised in cooperation with the Media Program South East Europe of the Konrad-Adenauer-Stiftung, headed by Hendrik Sittig, The Balkan Trust for Democracy and Austrian Development Agency, the operational unit of Austrian Development Cooperation and with support from the European Union.

Due to popular demand deadline for BIRN Summer School – 2019 scholarships is extended until 25. July. 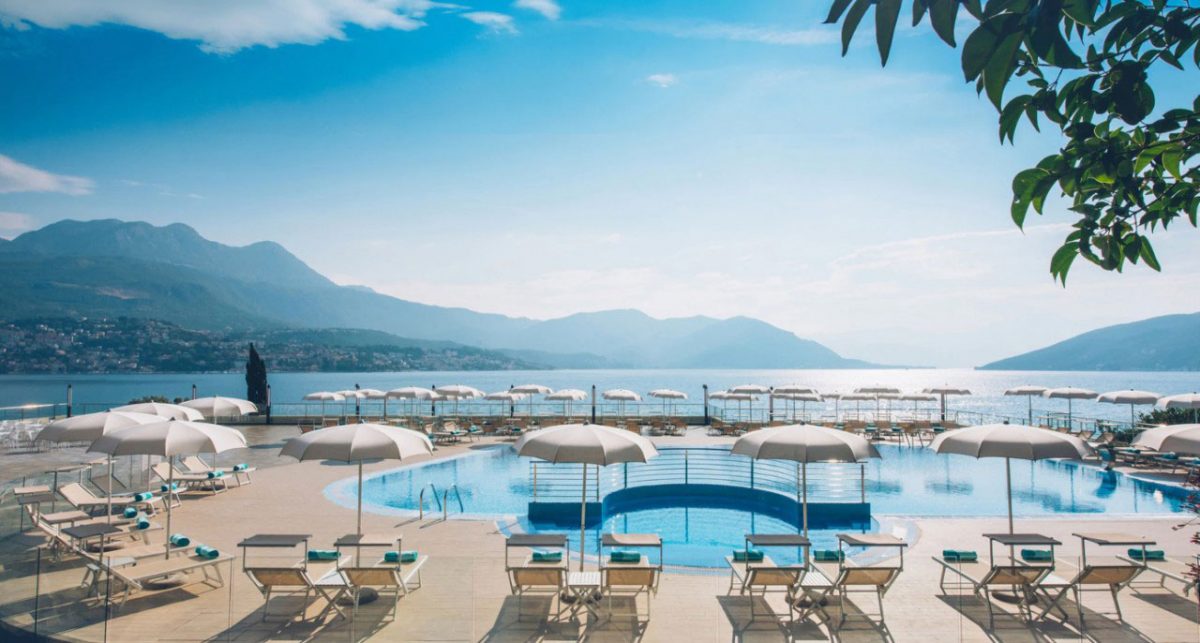 The tenth annual BIRN Summer School of Investigative Reporting will take place in Herceg Novi, Montenegro, in the heart of Boka Bay. Between August 18 and 25, reporters will have the opportunities to learn cutting-edge investigation skills while enjoying the delights of the Adriatic Sea.

Successful applicants will be provided with excellent possibilities for networking – and the possibility of getting a grant for a story idea.

For five days, 30 attendees will have the opportunity to learn from award-winning journalists and editors on how to conduct open source investigations, visualize stories, and investigate big data and verify leaks. Reporters will work together in groups throughout the week to develop an idea for a hard-hitting investigation, which will be presented to a panel of judges on the final day.

Best ideas will be awarded with funds and editorial support.

Like every year, BIRN Summer School trainers are committed to helping attendees develop the skills necessary for every journalist who specializes in investigative journalism. Among the trainers at the 10th Birn Summer School are: Blake Morrison, projects editor at Reuters; Frederik Obermaier, Süddeutsche Zeitung; and Benjamin Strick, BBC Africa Eye, and Bellingcat.

If you need further information, don’t hesitate to contact us at birnsummerschool@birn.eu.com.

Ivan Angelovski is an investigative reporter and editor working on long term international projects with the Balkan Investigative Reporting Network. 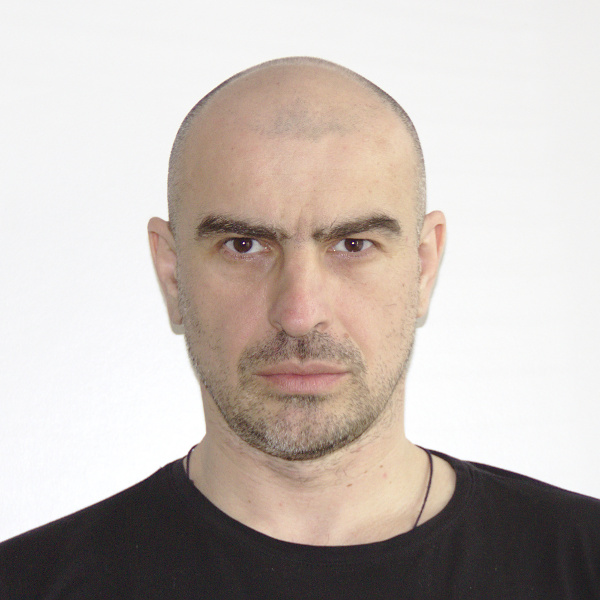 He was a member of a team of reporters that won the 2017 Global Investigative Journalism Conference’s citation of excellence, 2017 Investigative Reporting Award with the Independent Association of Journalists of Serbia and the second prize of the EU investigative journalism award in the Western Balkans and Turkey in 2016.

Previously he was an investigative reporter for the Insider documentary program at TVB92 in Belgrade, Serbia. 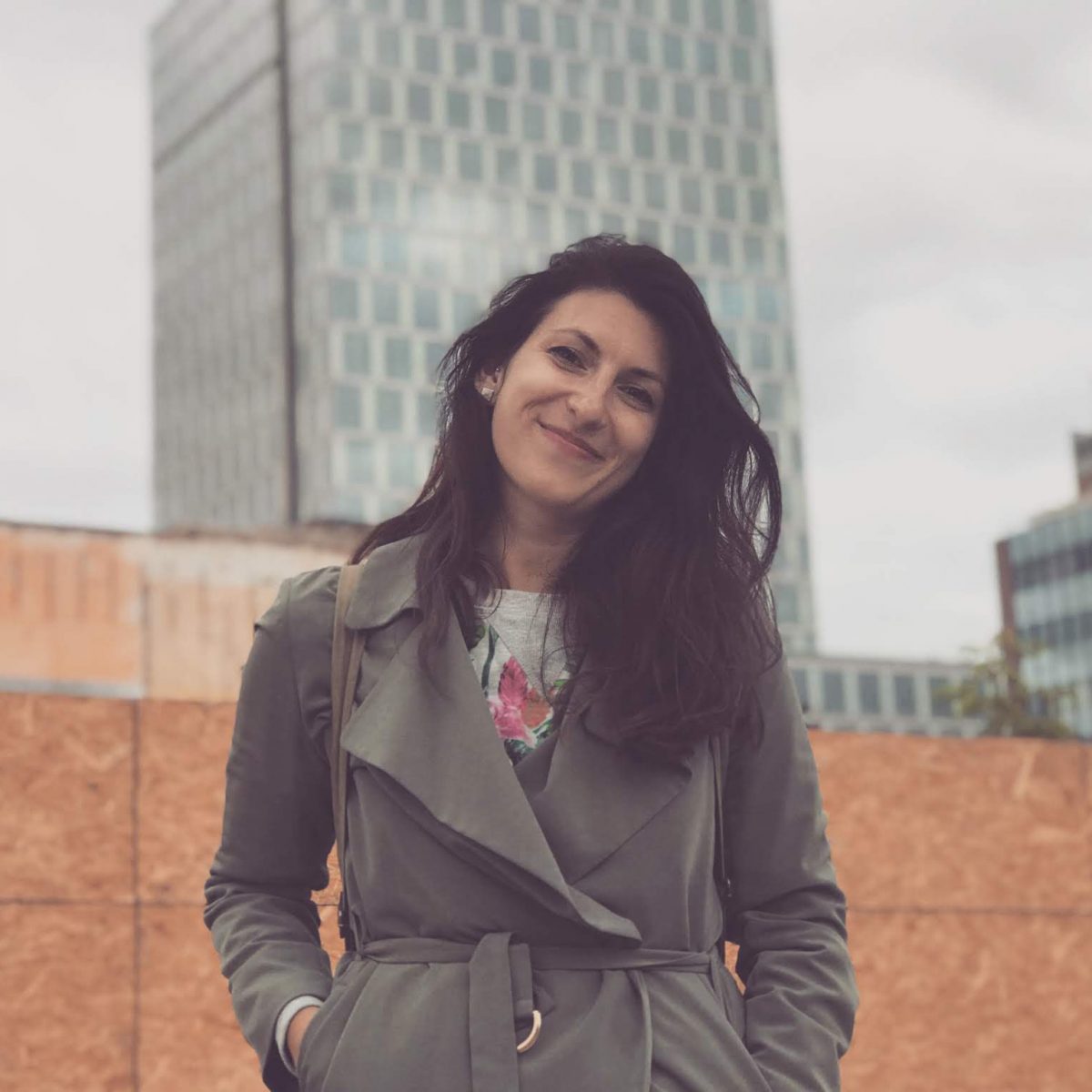 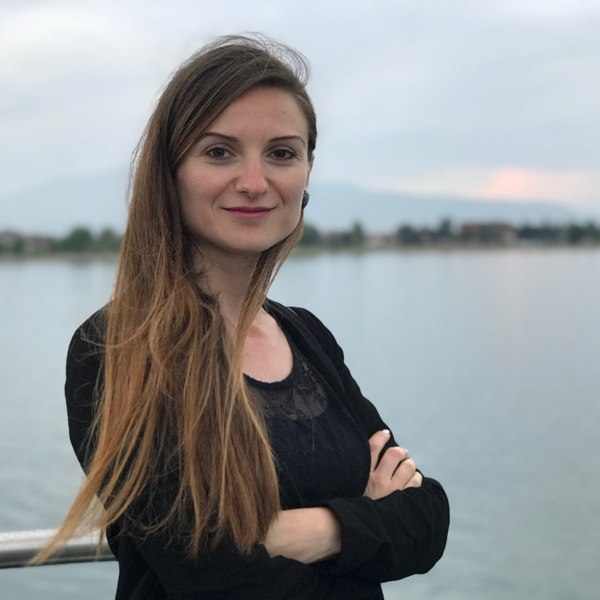 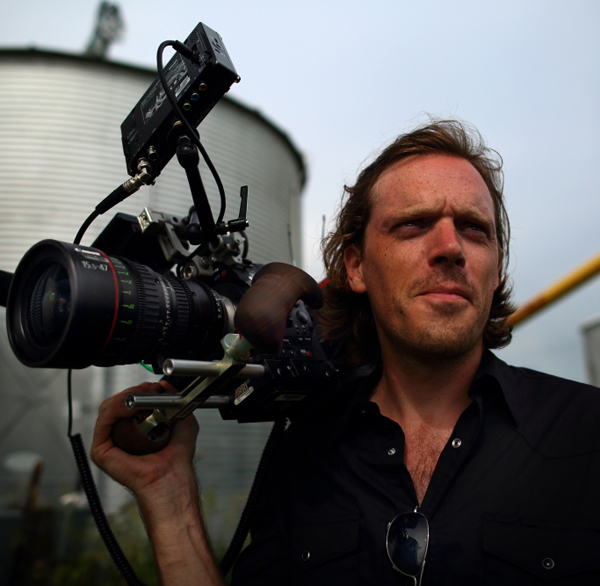 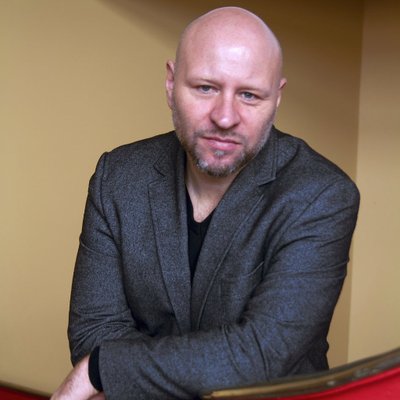