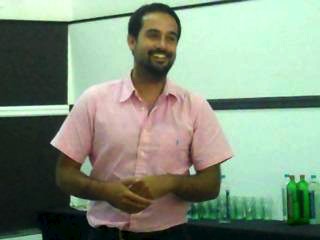 “Ultimately, your story, although it is based on data, comes down to human sources, to people,” Stephen Grey, an award-winning investigative journalist, told journalists at BIRN’s Summer School in Macedonia on Thursday.

Grey explained that sources are key to every investigative story, and approaching them and gaining and justifying their trust is a crucial skill for investigative journalists.

He also shared his experience in writing up investigations in an understandable and interesting way.

“It’s easy to get lost in all the material you’ve gathered, but you have to keep in mind what your story is about. Everything flows from what you have to say, from the journalism you did,” Grey said.

According to Paul Lewis, special projects editor for the Guardian newspaper, trained journalists make good use the advantages of the digital age to find sources.

Lewis said that social networks, such as Twitter or Facebook, allow journalists to look for sources online, giving as an example Guardian reports on death of Jimmy Mubenga, who died during deportation back to Angola.

“We needed to talk to people who were on a plane with him, so we released short news stating that we actually don’t know what happened and in some way, we invited people to approach us if they have information,” Lewis said.

He added that a source, a witness from the plane, contacted him on Twitter, where Lewis had posted a tweet calling on people who had been on the plane to come forward.

Grey is best known for revealing details of the CIA’s extraordinary rendition program and has covered several national security issues. He has reported extensively from Iraq and Afghanistan.

Am independent writer, based in London, he conducts research and works on newspaper articles, radio and TV broadcasts as well as a Reuters special correspondent in its global enterprise team.

Lewis Paul runs teams of journalists at the Guardian working on a range of investigations. He recently led “Reading the Riots”, a major research project into the causes and consequences of the 2001 riots in England in collaboration with the London School of Economics, LSE.

Paul lectures across Europe on the use of social media in journalism and teaches a masterclass in investigative reporting.

The third BIRN Summer School, held in Mavrovo, Macedonia, started on August 19. Over the one-week programme, journalists have had the opportunity to hone their investigating skills and learn from some of the most prominent investigative journalists in the world.

The lead trainer this year has been Sheila Coronel, Director and Professor of Professional Practice at the Toni Stabile Center for Investigative Journalism at Columbia University.