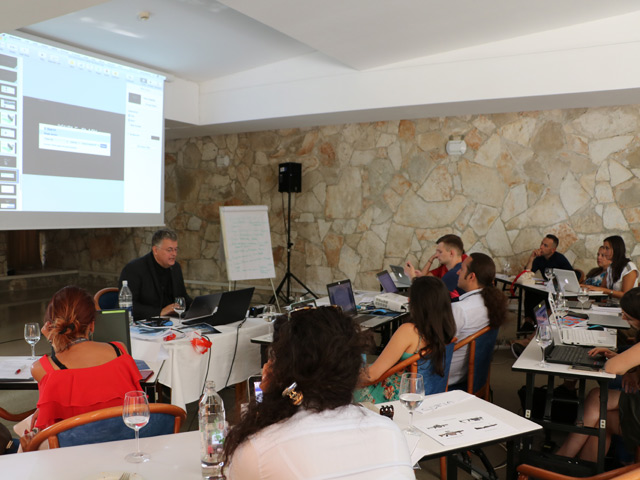 Head trainer and investigative projects editor at Reuters, Blake Morrison, showed BIRN Summer School Master Class of Investigative Journalism how to use a creative approach to fact-checking in Dubrovnik.

An interactive exercise explored the difference between supposition and proof and how to separate fact from suspicion, while determining standards for fact-checking.

Monday’s workshop on data journalism continued into its second day. Christiaan Triebert, a conflict researcher with Bellingcat, led the group. Bellingcat has achieved notoriety for its utilisation of open source information to investigate armed conflicts and corruption, and has won multiple awards.

During the workshop, participants learned about analytical tools required for data journalism, while Triebert explained the process of digital open source investigation, and how it can improve investigative reporting skills. 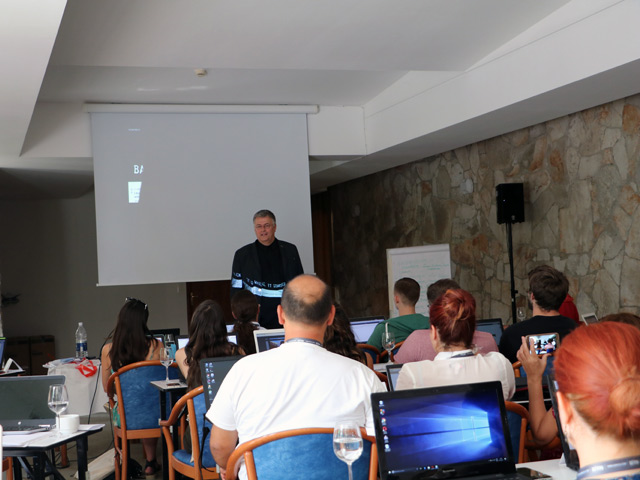 The middle of the session examined the capacity of geolocation tools to pinpoint exact places and how to use satellite imagery as a fact-checking tool. Triebert explained how advanced internet applications such as Google Maps can bolster research underpinning complex investigative stories.

“But you will still need traditional reporting and journalists on the ground,“ Triebert said.

Journalists learned Facebook data mining methods, how to find elusive people through checking secret IDs, and how to discover closed groups or find people working for security agencies. In short, “how to search over two trillion Facebook postings in a clever way,“ he said.