On the fourth third day of BIRN’s Summer School in Dubrovnik, journalists heard how to pitch stories, structure investigative projects and use open data. 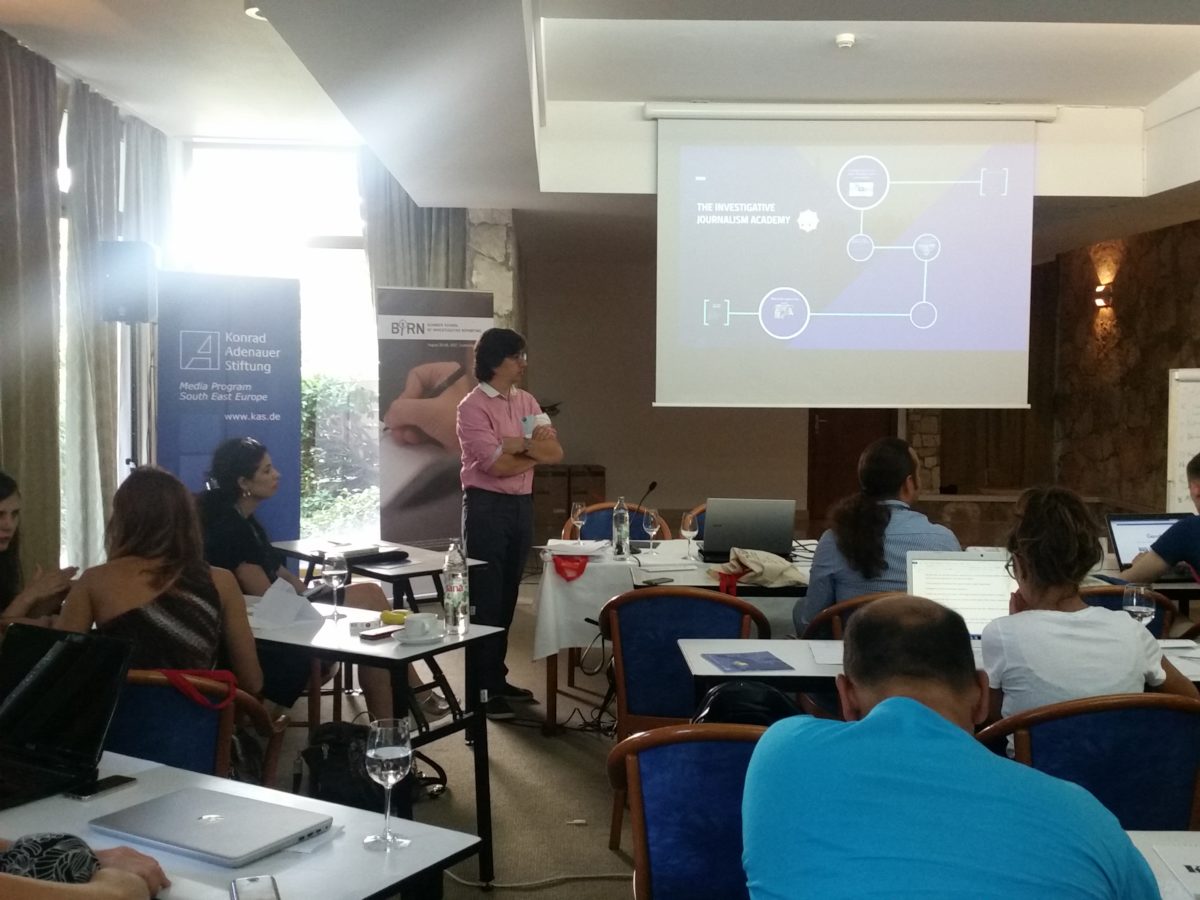 The fourth day of BIRN’s Summer School Master Class of Investigative Journalism in the historic city of Dubrovnik on Thursday started with a session on pitching story ideas, run by Lawrence Marzouk, editor with Balkan Investigative Reporting Network.

Marzouk explained how stories can be pitched to editors without overpromising while bearing in mind the possible angle, sources and the outcomes.

“You need a clear idea; do not spread a lot of different things,“ he said.

Marzouk said journalists should try not promise too much from a story and must be realistic, but their stories have to be fresh and new, workable and possible, to explain why something is important.

“At the beginning, you should at least have a theory in your head, something you would try to prove,“ he said.

Miranda Patrucic, an investigative reporter and regional editor with the Organized Crime and Corruption Reporting Project, continued her lecture on how to “follow the money“.

She explained how to gather publicly available information about companies and how to research their financial statements and assets.

“A financial statement summarizes the revenues, costs and expenses incurred during a specific period of time,“ Patrucic explained.

“You should always think of how to better communicate the story, to use the audio-video material, the data,” he said.

During the last Thursday’s session, BIRN’s Marzouk shed light on a case study about the arms trade from the Balkans and Central Europe to the Middle East.

Journalists heard how to use open data to trace and track the arms trade.

Marzouk explained that, while researching a “controversial industry” like the arms trade, journalists “have to harvest all the possible open source databases” because the industry is highly regulated, meaning that there is a lot of documentation.

During the fourth day, participants at the Summer School also continued to work on their investigation proposals that they will present on Friday.