The 2011 Summer School of Investigative Reporting has begun in good spirits, with an international line-up of trainers and students from across the Balkans and Europe. 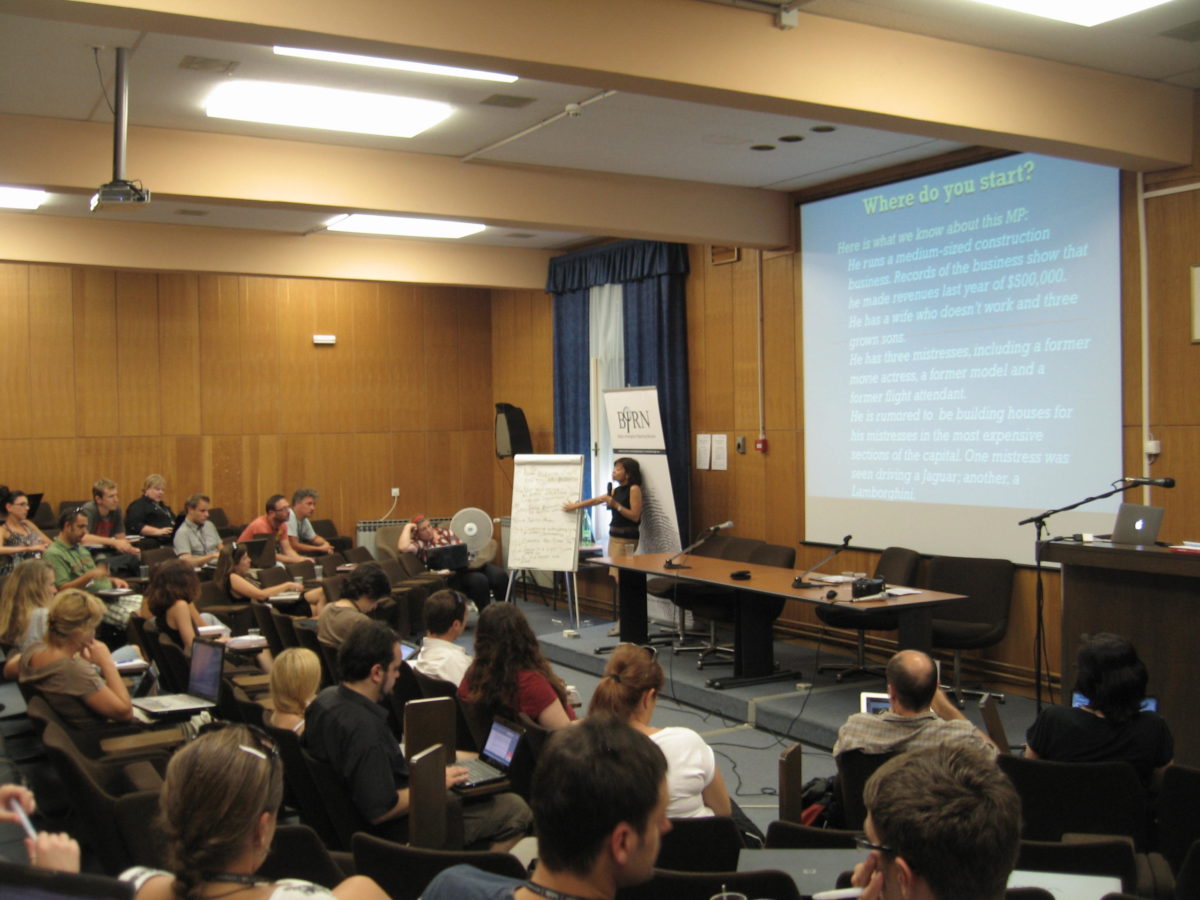 Now in its second year, BIRN’s Summer School brings together leading journalism experts to pass on their knowledge, teach investigative reporting skills and introduce the tools of the trade to a pan-European audience of media students and professional journalists operating in the industry’s most demanding and complex field.

Her lecture was followed by a series of exercises and case studies that saw participants brainstorm to identify story ideas, discuss how to conceptualize a research and reporting strategy and how to prepare a story memo.

The students have now been divided into groups, each of which will refine its story ideas over the coming days, before presenting research strategies. The group deemed to have developed the best idea will receive funding to develop a full story.

The first day’s working sessions concluded with an insightful lecture by Helena Bengtsson, Database Editor at Swedish Television (SVT), who addressed the use of numbers and database tools to establish convincing facts and arguments to support an investigation.