Three investigations, to be conducted by the journalist who attended the Summer School 2012, will be financially supported by BIRN. 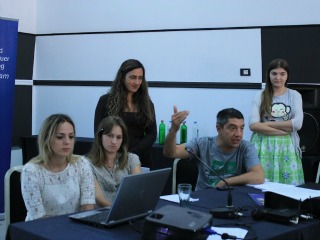 Out of six proposals, BIRN has decided to fund three investigations giving the winners an opportunity to research and develop their ideas into complete stories.

In months to come, journalists from all over the world will collaborate on investigations and their stories will be published on www.balkaninsight.com website.

The awarded stories cover wide range of topics, but all are tackling corruption in the Balkans. The reporting of organised crime and corruption was the principal focus of third BIRN Summer School.

This year’s Summer School was held in Mavrovo, Macedonia, and it finished on August 25.

Over the one-week programme, 28 journalists from the Balkans, Italy, Portugal, Mexico, Australia, USA and Austria have had the opportunity to hone their skills and learn from some of the most prominent investigative journalists in the world.

BIRN gathered high profile trainers and panellists from the Balkans, Europe and USA, including Sheila Coronel, the director and professor of Toni Stable Center at Columbia University, Mark Schoofs from Pro Publica, Paul Lewis of the Guardian and Stephen Grey, Reuters special correspondent and author.