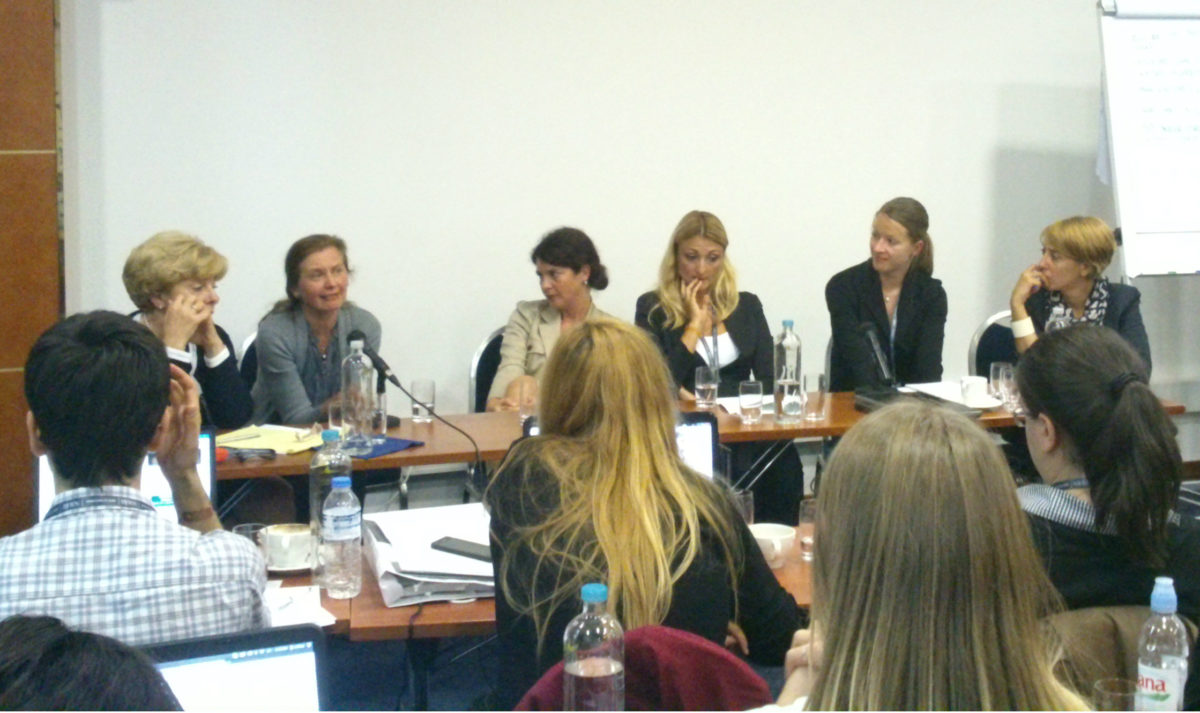 The journalists – from Serbia, Slovenia, Kosovo, Croatia, Bosnia and Herzegovina, Montenegro, Albania, Bulgaria, Austria, Estonia, France and Romania – heard on the first day about investigative stories, methods of online research and the challenges of reporting on human trafficking.

Renowned British journalist David Leigh explained that working on investigative stories is a dangerous game. “In essence, you’re blundering along blind, because you don’t know what you’re looking for, but despite this, it is your job to collect the evidence and proof,” said Leigh.

He added that the longstanding principles of Britain’s Guardian newspaper – honesty, integrity, courage, fairness and a sense of duty – are applicable to modern investigative journalism.

Leigh told the participants about a seven-year-long investigation that he was part of, which uncovered bribery in arms dealings in Britain, highlighted the need for patience and hard, written evidence for investigative stories.

“Comment is free, but facts are sacred. This is why it is the job of journalists to get the facts right,” said Leigh.

The summer school’s first working day ended with a discussion about the challenges of investigative reporting about human trafficking. Independent consultant and adviser Ruth Rosenberg spoke about the need for journalists to be highly sensitive to victims’ needs when reporting about trafficking.

“We must take care of the privacy, confidentiality and security of victims when reporting on human trafficking stories. You, as journalists, must bear in mind that your stories can have extreme consequences for the people you interview,” said Rosenberg.

Slovenian state prosecutor Savica Pureber and Katjusa Popovic from the NGO Kljuc talked about how the state and non-governmental sector work together to deal with human trafficking issues, highlighting the need for media to cover these stories, but in a sensitive and professional manner.

Meanwhile, Marija Andjelkovic from the NGO ASTRA in Serbia told the journalists about her organisation which runs a trafficking hotline which has received thousands of calls.

“The trends of trafficking in Serbia are changing. Ten years ago we had mostly victims of trafficking from Moldova, Russia, but today 99 per cent of victims are from Serbia. We are also seeing a rise in under-age victims,” said Andjelkovic.

Katrin Adams, who works on the prevention of human trafficking for Germany’s Gesellschaft für Internationale Zusammenarbeit, said that because these issues have been in the public eye for a while, the situation in the region has improved compared to 15 to 20 years ago.

“Prosecutors and judges have been sensitised. We have NGOs and they cooperate very well, but we have problems with sustainable and coherent ideas to improve the social welfare system. We need sustainable prevention,” said Adams.