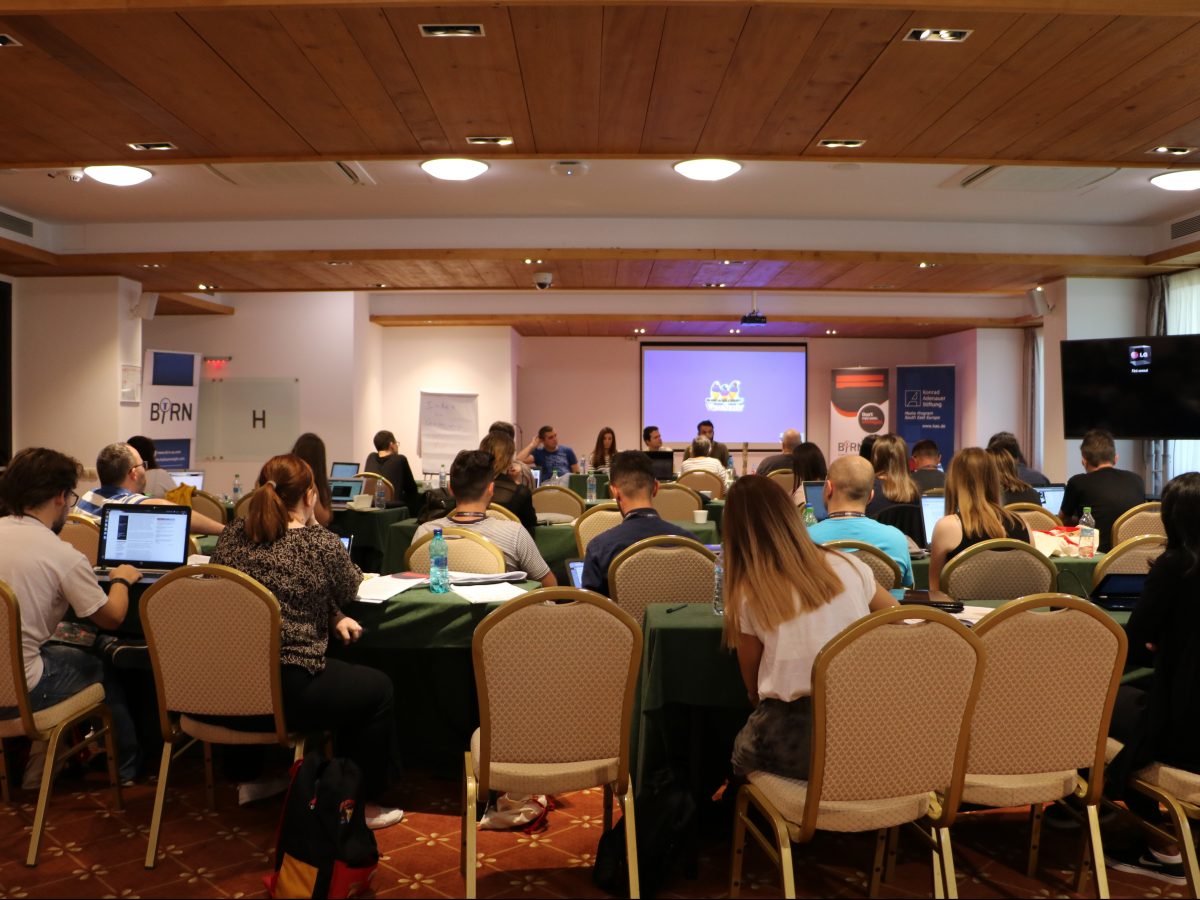 The Summer School’s 29 participants divided into nine groups and presented ideas for investigations on which they would like to work.

Each group gave a presentation of the outline of their proposed investigation and answered questions about the scale of their story, why it is important and what impact they expect.

The three ideas that are chosen will then receive funding from the Investigative Story Fund.