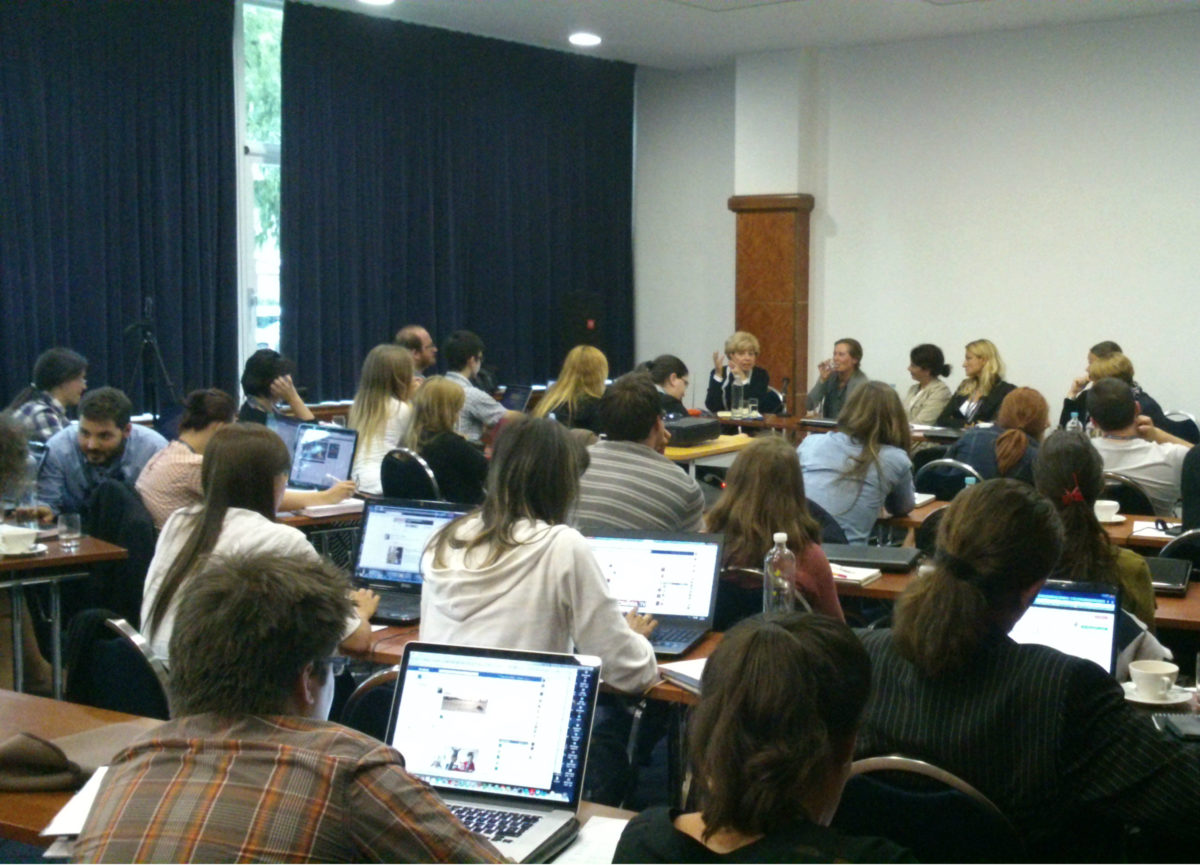 The 30 participants split up into ten groups and proposed ideas for investigative reports which they could work on in the upcoming period.

The groups proposed investigations into politicians spending public funds on international lawyers at various trials, deforestation and the illegal trading of wood from the Balkans to the European Union, football betting schemes between Estonia and Serbia, a suspect Skopje disposal site deal and the smuggling of migrants across the Balkans.

The story ideas also included investigations into the trafficking of illegal workers across borders, questionable mining deals, the criminal trading of cigarettes from Montenegro, Italian mafia connections in the Balkans and murky gold sales across eastern Europe.

Each group gave a presentation of the outline of their investigation and answered questions about the way they planned to undertake their research and data collection.

A panel made up of BIRN’s Gordana Igric and Ana Petruseva and British journalists David Leigh and Lawrence Marzouk will choose the best three ideas, which will then receive funding from the summer school.

“You need to keep in mind that people are suspicious. The first time you meet someone, never wear a recorder. Never be too eager, because you’ll look very suspicious,” said Salmieri.

The BIRN Summer School of Investigative Reporting 2013 was organised in cooperation with the Media Program South East Europe of the Konrad-Adenauer-Stiftung and with the support of the King Baudouin Foundation, the Belgian National Lottery, the OSCE Mission in Kosovo, the OSCE Mission to Serbia and USAID in Macedonia.