BIRN’s latest Summer School opened on Monday in Dubrovnik with interactive sessions on advanced digital research and use of open data sources. 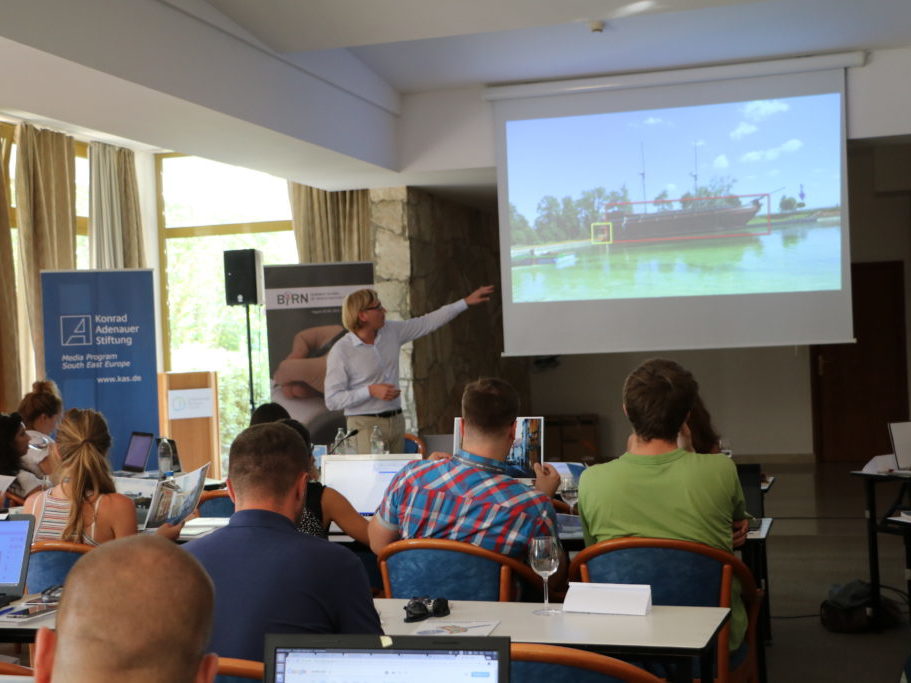 Some 35 reporters from the Balkans and across the world gathered on Monday in the historic resort city of Dubrovnik in Croatia for the eighth BIRN Summer School Master Class on Investigative Journalism.

After greeting this year’s participants, Blake Morrison, the school’s lead trainer and investigative projects editor at Reuters, held an interactive exercise and discussion about the challenges of investigative reporting. Morrison shared sources and interview techniques and tips on researching complex investigations.

The first day continued with an introductory workshop on data journalism led by Christiaan Triebert, a conflict researcher with Bellingcat, a multi-award winning collective that uses online open source information to investigate armed conflicts and corruption.

During the workshop, participants learnt about the analytical tools needed for data journalism while Triebert explained the process of a digital open source investigation, research and verification, and how to use digital tools to uncover corruption and crime. “There is so much information available online,“ he said.

Henk van Ess, who works with various European media and Bellingcat, meanwhile showed how to go “fast and furious with stuff that seems impossible to validate”.

In the afternoon, the participants were divided up into smaller groups for in-depth sessions with Reuter’s editor Morrison.