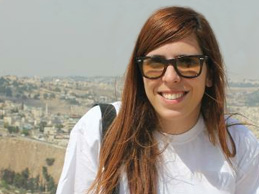 Bojana Barlovac, a BIRN journalist for Balkan Insight, is nominated for her investigation on the ownership of Serbian national broadcaster TV Avala. Questions regarding the ownership of the station arose when employees of TV Avala were on strike.

BIRN Serbia journalist, Aleksandar Djordjevic,  is nominated for his investigation into irregularities found in the building of indoor swimming pools in Kragujevac.  At the time the article was published, Djordjevic worked for Sumadija Press. All stories can be found at www.sumadijapress.com/index-p146-ni21301-c146.html.

Bojana Jovanovic and Stevan Dojcnovic, from the Centre for Investigative Journalism in Serbia, CINS, were selected for their story about Zoran Copic. Copic is allegedly the primary liaison between the mafia and businessmen and banks that seek to privatise Serbian companies.

Winners will be announced on Media Freedom Day on May 3, 2012.

The Investigative Journalism Award is organized by the Independent Association of Journalists in Serbia and is supported by the US Embassy in Serbia.