Nick Davies, the journalist credited with single-handedly leading the investigation into the hacking of phones by a British newspaper, is to speak at BIRN’s summer school on investigative journalist next month. 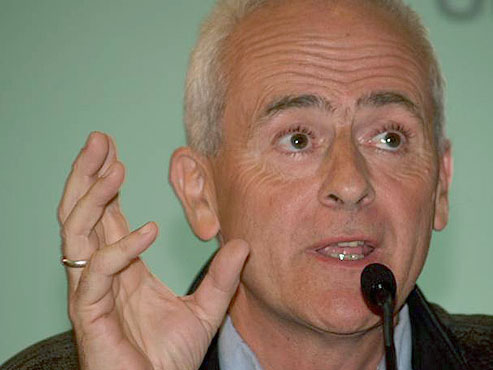 Davies has been described as Britain’s greatest living journalist by respected political commentator Peter Oborne and Carl Bernstein, one of the journalist who uncovered the Watergate scandal, compared the investigation to his own landmark story.

Those wanting to try to emulate the multi-award winning journalist will get a chance to hear him speak on Wikileaks, libel tourism and the new era of investigative journalism at BIRN’s Summer School in Croatia next month.

Davies, always a high profile investigative journalist, has been thrown into the international spotlight in the past month for uncovering evidence of wrongdoing at the News of the World, and the worryingly close ties between senior figures at News International, the newspaper’s owner; the Metropolitan Police force and Britain’s Prime Minister, David Cameron.

The major breakthrough in the Hackgate case came when Davies broke the news that phone messages of the murdered schoolgirl Milly Dowler had been hacked into and deleted by a private investigator working for the News of the World.

A stream of disturbing revelations followed leading to the closure of the News of the World, resignations of senior officials at News International, the head of the Metropolitan Police, and the arrest of a string of former News of the World employees, including the Prime Minister’s former spokesman and former NoW editor, Andy Coulson.

The Guardian journalist had been doggedly investigating the issue for many years, but had already been a harsh critic of the decline of quality journalism in the UK in his book Flat Earth News.

Davies will feature at BIRN’s Summer School of Investigative Reporting 2011, to be held in August 21 to 27, 2011, in Opatija, Croatia.