NGOs seeking Ministry of Youth and Sport funding would be advised to have at the helm a boss belonging to the minister’s party, it appears. 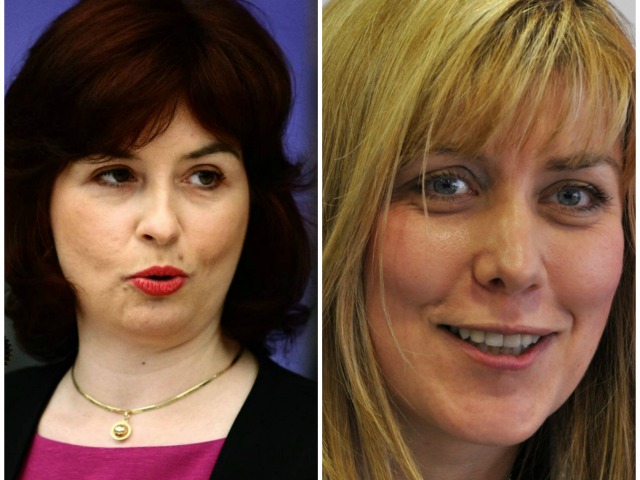 A BIRN investigation can reveal that the Ministry of Youth and Sport – whichever party runs it – has awarded plum projects to organisations headed by the members of the same parties that appointed the ministers.

In June, the ministry, run by Serbian Progressive Party since July 2012, signed a €40,000 contract with NGO, the Centar za multikulturalni dijalog [Centre for Multicultural Dialogue, CMD].

One of the founders of the CMD and the project manager is Radoslav Marjanovic, vice-president of the Belgrade’s City Board of Progressive’s youth.

The NGO was hired to provide technical support to monitor implementation of youth projects funded by the ministry.

CMD’s previous experience was limited to organising several seminars and an international gathering of Rotary Club in Belgrade.

Before CMD was contracted, the same job was handled by another NGO, Mlada Srbija [Young Serbia], founded by Dragisa Zivkovic, a member of United Regions of Serbia, URS.

Young Serbia has been working with the ministry for six years. During that time, the minister of youth and sport was Snezana Samardzic Markovic, also from URS.

In the last six years, Young Serbia obtained about €540,000 in contracts from the ministry, more than any other NGO.

In both cases, the organisations that won the contract were the only ones applying in the competition.

“The belief is that the allocation of these funds is a political question and that you’ll be hitting a brick wall if you even try to apply,” he said.

“In many cases, budget line 481 is reserved for the parties’ own people. It is an impregnable fortress, so it’s stupid to apply,” he added.

The ministry, Young Serbia, the Center for Multicultural Dialogue and the Progressive Party all deny that party membership played any role in the contracts awarded to Young Serbia and the CMD.

The Ministry of Youth and Sport finances the projects of numerous youth organisations each year. The annual budget of about €1.6 million is split between about 150 organisations.

Since 2007, the ministry is contracting NGOs to help it monitor and control the implementation of the projects financed by the ministry.

After the Progressives, whose leader, Aleksandar Vucic, has staked his reputation on curbing corruption, took over the ministry they changed the rules of competitions and limited the budget for contracts to €40,000 and curbed salaries of NGO employees.

The ministry told BIRN that the budget for the monitoring project was being reduced this year as part of a general cutback in public administration spending.

In June, the ministry assigned the task to the Centre for Multicultural Dialogue, CMD, the only organisation that had applied.

CMD was founded in 2011 by members of the Belgrade Rotary Club under the name REM Beograd 2011 with the aim of organising international Rotary gatherings.

In April this year, a month before the ministry launched a call, the organisation changed its name from REM Beograd 2011 to CMD.

Darko Sovran and Sanja Zivanovic two CMD founders whom BIRN contacted, said they knew nothing of the organisation’s activities and cooperation with the ministry.

Radoslav Marjanovic, the third founder of the CMD and the manager of the project assigned by the Ministry, told BIRN that this was the first competition that his organisation had won.

Marjanovic is a member of the Progressive Party.

“We applied to several competitions launched by local governments and ministries, but this one is the first we won. I was surprised that on one else applied,” Marjanovic told BIRN.

“The people that work on this project had good references. We have a good team, those people know the job,” he said.

“My deputy used to work for a consultancy company while I wrote two or three projects and prepared budgets for projects,” he added. “We also have in the team two people who worked on this job before.”

Marjanovic told BIRN that his membership of a political party was a private matter that he did not need to discuss.

The Serbian Progressive Party told BIRN that Marjanovic, who until recently served as a vice-president of the Belgrade board of Progressive youth, froze his post in the party before the Ministry contracted his organisation.

“The organisation was the only one to apply to the call and we do not see anything irregular in the fact they were hired,” the party’s press office told BIRN.

The Ministry of Youth and Sport said it had full confidence in CMD and its management capacity, as its members were graduate economists.

Similar pattern was practiced under the previous government. In 2007, when the ministry launched a call for the first time, the two organisations that applied were Young Serbia and the European Movement in Serbia, one of the oldest and largest NGOs in the country.

Young Serbia, which at the time had two concluded projects on its resume, won the deal for €53,000 and later signed an annex to the contract, adding another €10,000.

The value of the ministry’s contracts with other peer organisations ranged from €4,400 to €26,000.

Snezana Klasnja, the assistant minister for youth and sports, defended the payouts.

Young Serbia “provided support to the ministry and was not on the same level as the other organisations that we finance,” she said.

The European Movement in Serbia says it never received a letter, or any other kind of notification, concerning the results of the competition.

“We learned about the results from the ministry website, which is how we realised we didn’t get the job. We didn’t receive a detailed explanation,” the organisation wrote in a written reply to BIRN.

Zivkovic, founder of Young Serbia and the project manager said that although his organisation was not previously engaged in larger projects, he had gained experience while advising the civic society of the president of the Belgrade municipality of Rakovica and from training sessions that he attended in the US and The Netherlands.

Young Serbia was the only organisation that applied for the five next calls as well, even though the average value of the projects was considerable, at about €90,000 each.

Contracts of this value are amongst the highest in the Serbian NGO sector and at least a dozen organisations usually apply.

Klasnja and Zivkovic said Zivkovic’s membership of the URS had no influence on the ministerial decision to award the contracts to Young Serbia.

“The competition conditions were clear and a majority of people in the selection commission were from different organisations, not from the ministry.

“Except during the first call, Young Serbia was the only candidate, so we didn’t have much choice,” Klasnja told BIRN.

She added that no organisation or individual could be disqualified from competing based on its political affiliation.

Zivkovic told BIRN that he had no influence on the ministry’s decisions to award the contracts and that he had struggled to preserve the integrity of the organisation once the first deal was signed.

After a call for applications opened in May this year, Young Serbia decided not to apply.