Public interests should trump any other concerns, participants at debate on Tuesday in Belgrade agreed 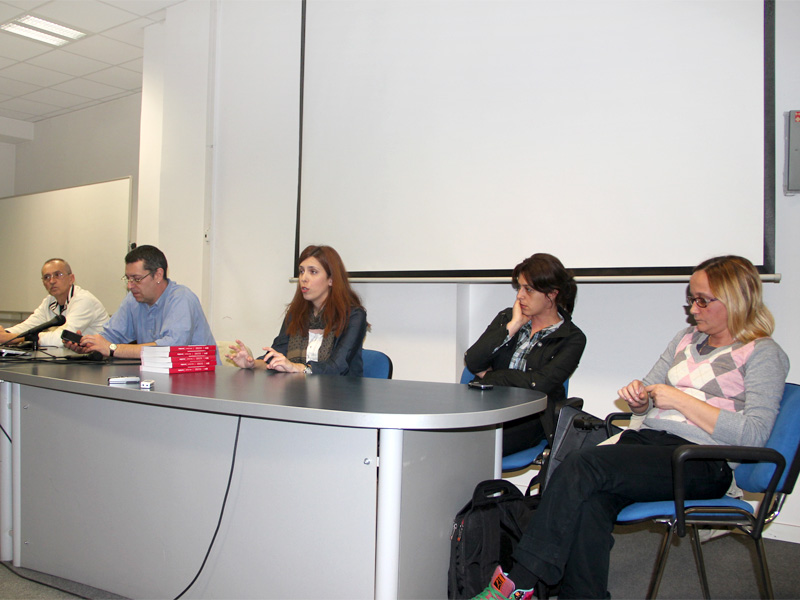 Serbian investigative journalists need to keep in mind the fact that they are serving the public interest, whatever threats they may receive or poor income they may earn.

This was the conclusion of the “Media Tuesdays” debate held at the Belgrade Faculty for Media and Communication on Tuesday.

The debate gathered some of the best-known journalists from Serbia’s investigative scene, including Irena Stevic and Mirjana Jevtovic from TV B92’s “Insider”, Branko Cecen from CINS (Centre for Investigative Journalism Serbia), Vojislav Tufegdzic from Novi magazin and Bojana Barlovac, of BIRN. The host was the faculty’s lecturer, Sasa Lekovic.

The journalists shared experiences on conducting investigations with journalism students. Tufegdzic, who co-authored the documentary See You in the Obituary, said he regretted that Serbian newsrooms are no longer led by editors but “by managers who often don’t know how to write even a postcard let alone a news piece”.

Irena Stevic explained from her own personal experience the qualitative difference between daily and investigative journalism. “Although I only started doing investigations two years ago, it has grown on me and I would never go back to daily reporting,” she said.

Cecen said the fact that he knows he is doing something that will serve the public interest is what keeps him motivated.

Jevotvic pointed out the dangerous aspect of working on investigative pieces. “Sometimes you need to finish your research and do what is good for the public, and not keep any threats in mind,” Jevtovic said.

Barlovac said it was crucial for investigative journalists to enjoy the absolute support of their employers.

“The most important things are the support of your own organisation – and only publishing material for which you have proofs that could be valid in court,” she said.