BIRN’s latest Summer School kicked off on Monday with interactive sessions on data journalism and fact-checking. 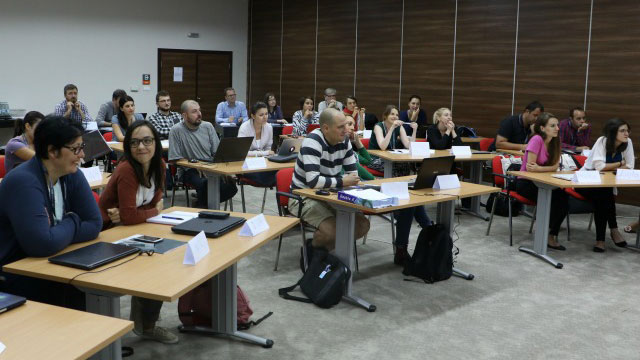 Journalists from across Europe and the USA have gathered in historic town of Konjic in Bosnia and Herzegovina for the BIRN Summer School Mater Class of Investigative Journalism.

After greeting this year’s participants, Blake Morrison, the school’s lead trainer and investigative projects editor at Reuters, held an interactive exercise on establishing facts in stories. Morrison showed journalists how to hone in on important details in complex investigations.

The first day continued with an introductory workshop on data journalism with Crina Boros, a watchdog reporter from Centre for Investigative Journalism, during which participants learnt the analytical tools needed for data journalism.

In the afternoon, the participants divided up into smaller group for in-depth sessions with Morrison and Martin Kaiser, a retired editor who led the Milwaukee Journal Sentinel to three Pulitzer prizes.

The Summer School is organised by the Balkan Investigative Reporting Network, BIRN, in cooperation with the Media Program South East Europe of the Konrad-Adenauer-Stiftung and with support of the Open Society Foundations and USAID Macedonia.