BIRN Summer School for Investigative Reporting opened in Durres, Albania, with a plea to journalists to channel their curiosity. 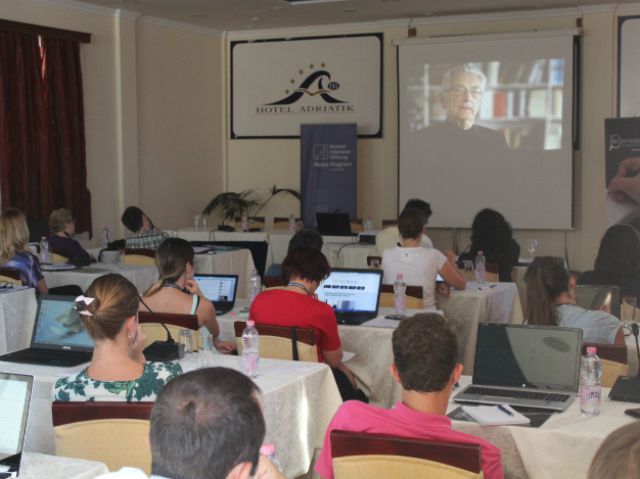 Blake Morrison, investigative projects editor at Reuters in New York and the school’s lead trainer, kicked off a packed programme urging journalists to “use our skills of observation, be curious”.

Morrison detailed how journalist can pinpoint sources and find key information during their investigations.

“People(Sources) will believe you if you really try to understand what the problem is,” he added.

“I will help you to develop the story,” Lawrence added.

Mar Cabra, who heads ICIJ’s Data & Research Unit, outlined how journalists can find data and the importance of data journalism. She revealed how she had used official statistics to expose the worrying use of psychotropic drugs among children in the US.

“I decided to check how many drugs children in foster care in the state of Texas are prescribed and their use of psychotropic drugs,” Cabra said.

She presented a selection of groundbreaking data stories and emphasized that we need to think about data in every story, because “data is everywhere”.

“Try to do data as much as possible, and not only for clicks, use it for investigation,” she said.

In the afternoon, Philipp Grüll’s documentary “Tito’s Murder Squads – The Killing of Yugoslav Exiles in Germany” was screened.