Before he became an editor at ProPublica in 2011, Mark Schoofs was as a foreign correspondent for the Wall Street Journal, WSJ, and an investigative reporter for Page One. 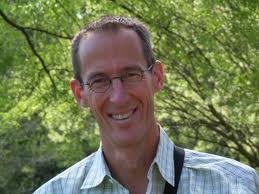 Schoofs conducted investigations that ranged from the abuse and fraud in Medicare to the international methamphetamine trade.

He contributed to the Journal’s coverage of the Sept. 11 attacks, which won the 2002 Pulitzer Prize for Breaking News.

Schoofs won the 2000 Pulitzer Prize for International Reporting for his eight-part series on AIDS in Africa while he was a staff writer at The Village Voice.

He has also written for The New York Times Magazine, The Washington Post, Esquire, Out, and many other publications. He teaches journalism at Yale University and also holds two U.S. patents.

During the first day of the Summer School, Schoofs will give a lecture about investigative techniques, using his research as a model.  For a detailed agenda, please visit the Summer School’s page.