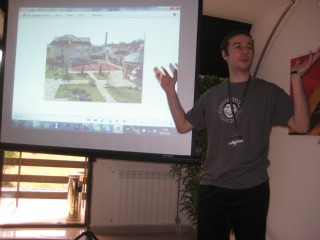 Journalists at the BIRN Summer School of Investigative Reporting learned on Wednesday how to track money laundering, even when they have only one item of information.

Stevan Dojcinovic, a Belgrade investigative journalist, explained how he and his colleagues managed to connect Serbian tycoon Miroslav Miskovic with a major money laundering scam.

“We had only one piece of information, the name of the Belize-based offshore company that was laundering money inSerbia,” Dojcinovic recalled.

He explained how his team managed to connect Miskovic with the money inBelizeby looking at business register data, the real estate register and through field work.

The one-week programme at the BIRN Summer School started on August 19 with about 28 journalists participating.

The lead trainer this year is Sheila Coronel, Director and Professor of Professional Practice at theToni Stabile Centerfor Investigative Journalism at ColumbiaUniversity.

The principal focus of the third annual BIRN Summer School is reporting on organised crime and corruption for print and broadcast media.