Alexenia Dimitrova is special correspondent for the 2nd largest daily in Bulgaria, 24 Hours. She has more than 25 years experience in journalism and has published more than 4,000  articles in 40 media outlets in Bulgaria, USA, Russia, Croatia and Britain 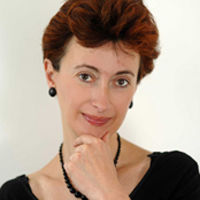 Her favorite topics are secret archives of the Cold War era, shadow affairs and corruption, money laundering, suspicious ownership and property. Recently she has also been acitive in finding separated families from all over the World and reuniting them.
Since 1998 she has sent about 700 FOIA requests to 10 US institutions to ask for declassification of documents from the Cold War Era. In parallel she continues her work in the Bulgarian Secret Archives from the same time.

She is trainer on investigative journalism and access to information certified by South East European Network for Professionalization of the Media (SEENPM). Since 2003 she has been training mid career journalists in Bulgaria and around the World.

Alexenia is a visiting lecturer in investigative journalism at Sofia University, and a researcher and team member for various international media projects.

She was also was the local trainer on investigative journalism in a 3 year project run by BBC preceding the implementation of the media Self-regulation and the Code of Ethics in Bulgaria.
Between 2005 and 2009 she was  a member of the Bulgarian Press Complaint Commission.

She has addressed seminars and other events of investigative journalism in Bulgaria, Switzerland, Denmark, Croatia, Netherlands, Moldova, Armenia, Slovenia, Germany, Bosnia, Albania, Azerbaijan, Canada, Turkey, Norway and Poland.
She is a member of Union of Bulgarian Journalists, the Investigative Journalists Association – Bulgaria, the International Federation of Journalists (IFJ) and the South East European Media Organization (SEEMO).