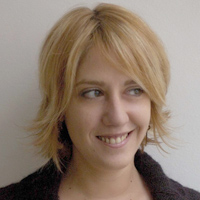 Ana has been working as a journalist since 1997. She was a staff writer for the Skopje based Forum magazine until 2000. During the 1999 Kosovo conflict she also worked with television stations Arte, Spiegel TV and RAI Uno.

In 2000 she won a scholarship for a professional year development at Indiana University’s School of Journalism and spent a year in the United States. While overseas she worked as a correspondent for Deutsche Welle’s Macedonian service.

From 2001 until May 2003 she covered the Macedonian conflict and its aftermath for Reuters. In 2002 she was Associate producer of IWPR`s documentary “Ohrid and beyond”. She was IWPR Country Director for Macedonia from 2003 until 2005.

In 2005 she established the Balkan Investigative Reporting Network BIRN, in Macedonia, a local non-governmental organisation which is part of the wider regional network. In 2006 she produced BIRN`s documentary on Kosovo “Does Anyone Have a Plan?”. She has chaired and attended numerous public debates and is often invited to comment current affairs in Macedonia by local and international media as the Economist, Radio Free Europe, BBC, CNN.