Catalin Prisacariu has been a journalist since 2000. He started as a reporter for a local weekly, then moved, still as a reporter, to a daily paper based in Iasi (the “capital” city of the Moldova region in eastern Romania), called “Ziarul de Iasi” 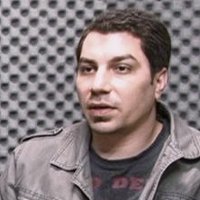 Between 2004 and 2005, he wrote investigative stories for a weekly paper also based in Iasi. The paper, “Ieseanul”, is part of a national network owned by the media group Media Pro.

In 2005, Prisacariu became a investigative reporter for the national daily “Evenimentul Zilei”, based in Bucharest and owned by the Swiss media group Ringier. He moved to the national weekly “Academia Catavencu” in 2006 as head of the investigative department. “Academia Catavencu” is owned by businessman Sorin Ovidiu Vintu, who also owns several papers, two radio stations and a TV station.

In March 2010, Prisacariu decided to resign because of the owner’s repeated acts of censorship; he then started, together with several colleagues from “Academia Catavencu”, a new weekly paper. He is now a deputy editor-in-chief for this new national weekly, “Kamikaze”.

Catalin Prisacariu is a member of the Romanian Centre for Investigative Journalism (www.crji.org), a non-governmental organization established by investigative journalists. Prisacariu is involved in many projects run by the centre, covering stories about human trafficking, corruption, organized crime, and other topics.