David Leigh is one of Britain’s best-known investigative journalists. He is currently the Professor of Reporting at the journalism school of City University, London, and from 2000 – 2013, was also Investigations Editor of the Guardian newspaper. 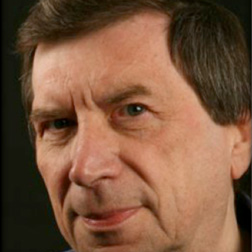 He is one of the founder members of the International Consortium of Investigative Journalists a non-profit reporters’ group headquartered in Washington DC. The ICIJ recently received worldwide prominence for its exposure of the secret ownership of thousands of offshore companies, now the subject of an unprecedented tax evasion investigation by authorities in the US, UK and Australia.

His previous work included a key role in the analysis and publication in 2010 of leaked US military and diplomatic data from Wikileaks, which also caused worldwide uproar. Other cross-border collaborations he has handled in recent years included the exposure of toxic waste-dumping in Africa by the oil traders Trafigura, and a pioneering series documenting tax avoidance by large multi-national companies.

He has won numerous awards in a 40-year career which has spanned Britain’s most famous TV programmes and newspapers. A government minister, Jonathan Aitken, went to jail as a result of a film Leigh made about his arms dealing,  for the British TV series “World in Action”. Britain’s biggest arms company, BAe Systems, was fined in excess of $300m by the US department of justice, following a 7-year campaign by Leigh in the “Guardian” to expose its network of corrupt payments all over the world.

His books include “Wikileaks: inside Julian Assange’s war on secrecy”; “High Time”, a biography of international cannabis smuggler Howard Marks; and “The Wilson Plot”, a study of misconduct by Western intelligence agencies.