Don Ray is a multi-media producer, writer, author, journalist and lecturer. He began his television journalism career as a researcher with the investigative news team Unit 4 at KNBC-TV, now NBC4, in Burbank, California in 1978. 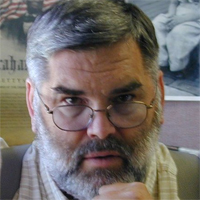 In 1980 he worked as a news writer, insert producer and assignment editor there before moving to the Phoenix-area public broadcast station, KAET-TV, in Tempe, Arizona, as a producer/director/reporter for the programs “Arizona Weekly” and “Horizon”.

In 1981, he wrote and produced “Close-up Buscaglia,” and conducted an in-depth, one-on-one interview with the popular educator and author, Leo Buscaglia. Ray returned to Los Angeles in 1982 where he was a news writer for KNXT-TV, now KCBS-TV, in Hollywood.

In 1989 Ray opened an independent production company, ENG Productions, where he provided investigative research, writing, videography and production assistance for all of the major networks.

Ray broke the story with KNBC-TV of the child molestation investigation by police of rock star Michael Jackson in 1993. In 1995, Ray produced television segments for “The Crusaders” and “Inside Edition.” Ray was a segment producer with Dateline NBC’s two-hour special on Michael Jackson in 2004. Also that year, he conducted many of the on-camera interviews for the documentary “One Six Right” (2004).