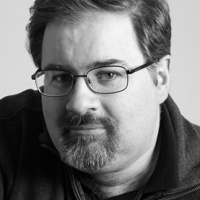 He founded the Center for Investigative Reporting in Bosnia-Herzegovina in 2004 and served as its editor and first director before the center became an independent, locally run organisation.

He is the advising editor for the Organized Crime and Corruption Reporting Program, an organisation he founded together with a consortium of centers, media outlets and reporters from a dozen countries.

He founded the Journalism Development Network, an innovative media development organization with programmess in Eastern Europe and Eurasia.

He was a reporter or editor on work that won the Online Journalism Award for investigative reporting, the first ever Global Shining Light Award, The Tom Renner Award for crime reporting, the Overseas Press Club award and many other prizes.

He worked as an investigative reporter for the Tennessean newspaper in Nashville and for the Special Assignment Team of the Associated Press in New York. He has served on the board of directors for Investigative Reporters and Editors and the National Institute for Computer Assisted Reporting.

He has a degree in Aerospace Engineering and worked for six years on the Space Shuttle project for Rockwell Space Systems. He spent one year as a professional stand-up comedian.