Iggy Ostanin was born in Russia and spent most of his life in the UK. 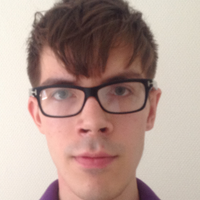 He started researching the Ukrainian conflict in the summer 2014 and began contributing to Bellingcat. in September 2014 he discovered that the Buk missile launcher used to down flight MH17 came from Russia and was able to find the military unit that it belonged to. He was one of the Bellingcat MH17 investigation team that produced report on the origin of the Separatists’ Buk and has continued to work on subsequent Bellingcat projects on the war in Ukraine. He is also currently working and providing training with the OCCRP, focusing on using open source information to investigate crime and corruption. Presently he is studying Law at the University of York.