Lawrence Marzouk is a journalist and editor with Balkan Investigative Reporting Network in Kosovo. He has worked as a journalist for a decade, writing and editing for major regional newspapers in Britain, and contributing news, investigations and features to national British newspapers. 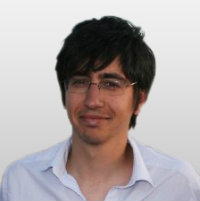 He helped his first paper to national awards with his editing of the coverage of July 2005 London bombings.

Lawrence has been shortlisted twice for regional reporter of the year awards for his work uncovering scandals in the British public sector, including serious conflicts of interests and lavish spending by state institutions, exposed by documents obtained under the Freedom of Information act.

His investigations into high-level corruption have led to international and local criminal probes, including against serving ministers.

In 2010 and 2011, he won best anti-corruption investigation of the year at awards organised by the UN Development Programme.

Lawrence is the author of the manual Follow the Paper Trail, a guide to document-based investigative journalism in Kosovo.

He is currently involved in various projects making data more accessible in Kosovo, including scraping public databases, and encouraging the use of Freedom of Information laws through workshops.