Marcus Lindemann is an executive producer and journalist from Germany that is responsible for TV reports mainly broadcast on ZDF, Europe’s largest TV station. 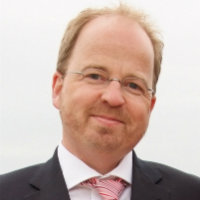 Since 1998, he has trained journalists to use the Internet, while he has been “online” since before the Internet launched by writing reports via a 2400-baud modem for a local newspaper after he finished school.

He teaches at universities and trains journalists from different departments and media to more efficiently use the Internet.  He also trains abroad in Asia and Africa.  Lindemann has written manuals and published research for the last decade that explores how to best use the Internet in investigative journalism.  He was also a speaker at the 2011 Global Investigative Conference in Kiev, Ukraine where he presented strategies for conducting online research and how to create online profiles for individuals.

Lindemann has a background in TV journalism and political economy. At the age of 17, he began to work for a local newspaper while still in school and ultimately obtained a Master’s degree from the UK.  He later became involved in television production.

Due to his international involvement and training, Lindemann bridges the gap between what journalists do online everyday and what is feasible if they more effectively use the Internet.