Mark Lee Hunter’s career has been divided between investigative journalism, scholarly research, training and consulting. He is currently an Adjunct Professor and Senior Research Fellow at INSEAD, based in the INSEAD Social Innovation Centre, and a Maître de conférences associé of the Institut français de Presse of the Université de Paris 2/Panthéon-Assas 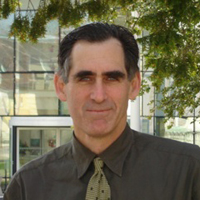 He is the only person to have won awards from Investigative Reporters and Editors Inc., the world’s leading organization in the field, for both his investigative reports and his research on journalism.

His other journalism awards include the H.L. Mencken Free Press Award (given for work on government abuses), the Sigma Delta Chi Award for research on journalism, and the National Headliners and Clarion Awards for a series of articles showing how an obscure US law created a population of handicapped children, who were subsequently cut from welfare rolls. He has also won the EFMD Award for case writing.

All in all, he has authored or co-authored some 200 investigative reports for publications including The New York Times Magazine, Reader’s Digest, Le Figaro, and others.

Among his other works are a pioneering study of work-life issues, The Passions of Men: Work and Love in the Age of Stress (Putnam, 1988); the first unauthorized biography of France’s most popular politician of the Left, Jack Lang (Les Jours les plus Lang, Odile Jacob, 1990); the case-cracking true story of a murder that implicated France’s power elite, Le Destin de Suzanne: La Véritable affaire Canson (Fayard, 1995); an analysis of the French extreme right and its militant base, Un Américain au Front: Enquête au sein du Front national (Stock, 1998); and a documentary film on France’s lobbies and their political connections (Chronique d’une campagne arrosée, Arte, 1999).

He was a founding member of the Global Investigative Journalism Network in 2003, and speaks regularly at international journalism conferences, to multinational corporations, and to news organizations about finding and using information.

When not working, he performs and records on the electric guitar.