Meirion Jones is a BBC TV producer who last year won the London Press Awards Scoop of the Year for his part in the investigation which revealed that British celebrity Jimmy Savile, was a paedophile. 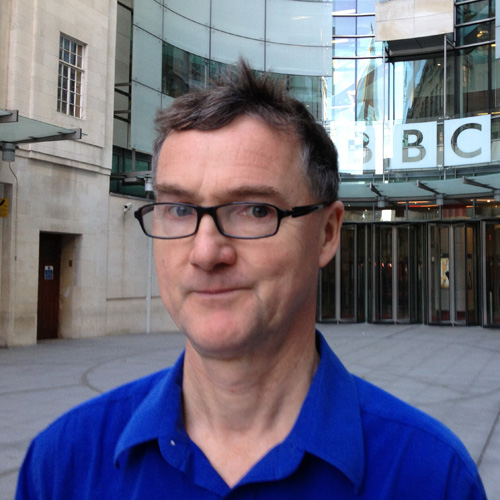 Also in 2013 following another of Meirion’s investigations Jim McCormick was jailed for 10 years for selling $85 million worth of bogus bomb detectors to Baghdad – and probably causing the deaths of 1,000 Iraqis. Meirion’s Newsnight reports on oil trader Trafigura’s illegal dumping of toxic waste in Africa won the Daniel Pearl International Award for Investigative Journalism in 2010. A series of films on Vulture Funds led to these extortionate law suits being banned in Britain. Meirion has investigated everything from the fixing of the 2000 US election, to how Britain helped Israel get the atom bomb, from corrupt politicians to fake cures for AIDS. He has also made films in Bosnia, Kosovo and Montenegro. He currently works for BBC Panorama.