Milorad Ivanovic is the deputy editor-in-chief of Blic, the largest Serbian daily newspaper. He was previously the paper’s foreign affairs editor and has a special interest in investigative and cross-border journalism 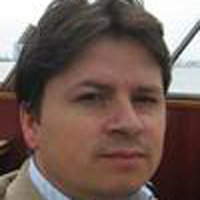 Milorad has also worked as a correspondent for the the French news agency EPN and has had articles published in such international newspapers as The Sunday Times in the UK, El Mundo in Spain, Der Standard in Austria and the Washington times.

Milorad produced Hidden Wounds, a documentary film on post-traumatic stress disorder which was made in co-operation with the BBC.

His investigations have included work on human trafficking (in association with the Institute for War and Peace Reporting),  the employment of Balkan mercenaries by British and US security firms in Iraq, and arms trafficking from Ukraine into Serbia.

In 2007 Milorad was selected for the Balkan Fellowship for Journalistic Excellence.