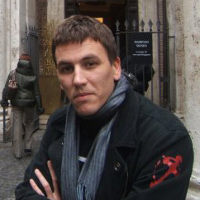 Until 2007, he worked at the Youth Initiative for Human Rights as a human rights programme regional coordinator. Since then, he has been employed with the Organization for Security and Cooperation in Europe as a legal adviser working in the field of media freedom. In March 2007, he received an award  as one of the ’10 best young lawyers in Serbia’.