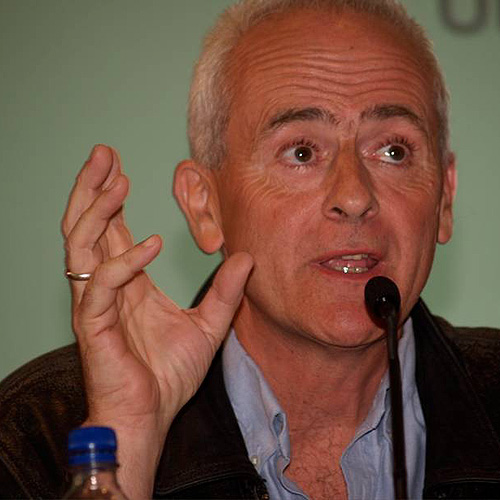 Hundreds of journalists have attended his one-day masterclass on the techniques of investigative reporting, in Britain, Canada, China, Germany, India and South Africa.

He has been a journalist since 1976 and is currently a freelance, working regularly as special correspondent for The Guardian. He also makes TV documentaries; he was formerly an on-screen reporter for World In Action. His four books include White Lies (about a racist miscarriage of justice in Texas) and Dark Heart (about poverty in Britain). He was the first winner of the Martha Gellhorn award for investigative reporting for his work on failing schools and recently won the award for European Journalism for his work on drugs policy. Flat Earth News, his controversial book exposing falsehood, distortion and propaganda in the news media, was published as a hardback in February 2008 and as a paperback in January 2009. In May 2009, Flat Earth News won the first Bristol Festival of Ideas book award, to be given annually for a book which “presents new, important and challenging ideas, which is rigorously argued, and which is engaging and accessible.” It is now being translated into Thai, Vietnamese, Greek, Dutch, Slovenian, Ukrainian and Chinese. In November 2009, the University of Westminster made him an honorary fellow ‘for services to journalism’.