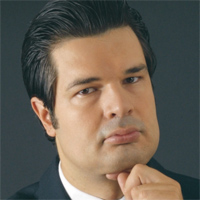 1998-1999: Product manager in Henkel CEE in the Vienna headquarter and responsible for marketing in the new founded company Henkel Yugoslavia (as Director)

1991- 2000: Correspondent of the Austrian daily Die Presse in Belgrade The Belgrade Federal Minister of Information decided to recall his accreditation, and Oliver Vujovic reported between 1994 – 1997 from Skopje ( Macedonia) and Szeged (Hungary), also using the pseudonym David Fatschel

Vujovic had in this period as journalist / correspondent over 400 interviews with leading persons in South East Europe, and he published in total over 3500 different articles in print media.

He graduated economics (public relations). Today he works on his PhD.