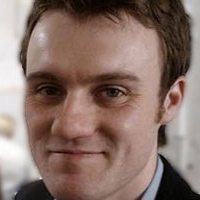 He has a background in magazine and website management, has contributed to a number of books about journalism and the internet and speaks about the subjects in the media regularly both in the UK and internationally.

Paul is best known as the publisher of the Online Journalism Blog, described by UK Press Gazette as one of the country’s “most influential journalism blogs” and by the Telegraph’s Shane Richmond as “The UK’s Jeff Jarvis”. He is also the founder of the investigative journalism crowdsourcing site Help Me Investigate, which was shortlisted in 2010 for Multimedia Publisher of the Year.

In 2008 Paul was ranked the UK’s 4th ‘most visible person on the internet’ by NowPublic, and in 2009 ranked 36th in the ‘Birmingham Power 50’. In 2010 he was listed on both Journalism.co.uk’s list of leading innovators in media, and the US Poynter Institute’s list of the 35 most influential people in social media. In 2011 he has been ranked the UK’s 9th most influential UK journalist on Twitter by PeerIndex.

Paul’s ‘Model for the 21st Century Newsroom’ and ‘BASIC Principles of Online Journalism’ series have formed the basis for newsroom operations and journalism education around the world, where they have been translated into a number of languages.

In addition to teaching and writing, Paul acts as a consultant and trainer to a number of organisations on social media and data journalism.