Stevan Dojcinovic is an investigative reporter based in Belgrade who works for the Organized Crime and Corruption Reporting Project (OCCRP) and the Centre for Investigative Journalism in Serbia (CINS). 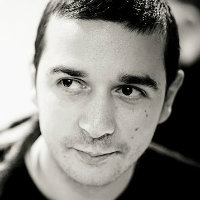 He specializes in investigating links between organized crime and Balkan businessmen, privatisation deals, money laundering, private security agencies and the gambling industry. He also teaches journalists how to collect and analyse business data and property records.

Dojcinovic interviewed Zoran Copic, one of the key figures in the Balkan crime underworld while he was hiding in Bosnia from Serbian authorities. He has also investigated the role of the Balkan mafia in international cocaine smuggling. His stories have been published and quoted in various media all over the Balkans.