Before he became a spokesman for the Bureau for Combating Corruption and Organized Crime (USKOK) in 2008, he worked as a professional journalist at the newspaper Slobodna Dalmacija in Split, Croatia. 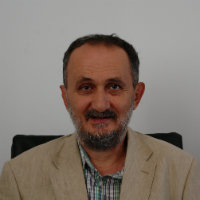 In addition to being a journalist, he was a columnist, deputy editor in chief and chief editor for the correspondence office in Zagreb. He completed his Faculty of Political Science in Zagreb.